Over the years, Nakhon Si Thammarat, or ‘Nakhon’ in short, has become a regular stop of ours when we’re back in Thailand. What started out mostly as a courtesy to visit relatives increasingly became a love affair as our fondness of the authenticity and tranquility of the province and its people continued to grow.

Located in the Southern part of the country with peaceful, sandy white beaches bordering the Gulf of Thailand, Nakhon Si Thammarat, which is both a province and a city, in the 8th century was in fact the capital capital of Kingdom of Ligor with many traces of the old culture remaining today. Apart from Bangkok, the place where I was born, Nakhon is where I feel most familiar for two reasons. First, it’s my mom’s hometown and where aunts, uncles and cousins still reside. And second, from age 10 to 12, while my mom was attending nursing college, I went to middle school there while living with my aunt.

After a short one-hour plane ride from Bangkok, we arrived at Nakhon Si Thammarat local airport. In the arrival hall we were picked up by my cousins who took us to the Grand Park Hotel. A four-star hotel located in the heart of Nakhon’s city centre next to the Khoo Kwang morning market and the Big C shopping mall and which at DKK 110-120 per night must be considered a bargain.

Only a five-minute walk from the hotel is Ratchadamnoen Road, the main road of Nakhon’s city centre. From there you can take the local means of transportation, a Song Taew, which is basically a converted pickup truck with benches mounted on each side the length of the car, to visit the most principle Buddhist temple of Nakhon, the Wat Phra Mahathat.

For tourists, figuring out the prices of local transportation can be a bit tricky, but for locals the price is around THB 20. So expect to pay at least double.

Living expenses in Nakhon are a lot cheaper than other big cities in Thailand such as Phuket or Bangkok or even Chiang Mai. Food wise, you can easily get the same dish for half the prince, depending on where you go.

Here are some more tips on where to explore nice food in the city centre of Nakhon.

Eat breakfast like a local at Somboon O Cha

A short two-minute walk from the hotel towards the Khoo Kwang morning market you will find Somboon O Cha, a renowned breakfast restaurant cherished by locals for decades. At Somboon O Cha they are serving rice porridge with pork meatballs and local-style Dim Sum dishes. When you sit down at a table, various Dim Sum dishes are served in big trays and you will be charged according to how many (bite-sized) plates you finish. Each plate costs around DKK 5.00-8.00 depending on the dish. We usually spend around DKK 50.00 which includes hot or cold coffee and tea at a mere DKK 4.00.

Kanom Pada is a local snack that I like to refer to as the donut of Nakhon because it looks like donut, albeit, with filling of red curry mixed with scarped fresh coconut meat and palm sugar. This spicy snack is suited for taste of Southern people. If you don’t know about Thai food, I can tell you that the most spicy dishes usually come from the south.

The best Kanom Pada, according to my mom, is the one that is freshly made and sold at the small stall at the three-way junction of Bodh Sadej Rd. For just DKK 1.00 you can have a taste of Nakhon’s donut.

Getting around the city centre with motorcycle

Locals usually take a scooter or motorcycle for shopping because it’s easy to get around in the small streets and less hassle in terms of parking. When I was younger, I used to sit behind my mom when we went shopping for food and groceries. I often got my favourite candy, which is caramel cashew nuts on banana leaves, when I helped my mom carry the shopping bags on the way back home. Caramel cashew nuts on banana leaves is one of Nakorn’s specialities. It’s a snack you only can eat in tropical weather; the caramel is soft and stretches like soft clay at every single bite. I once tried to bring it back to Denmark, but it became too hard to chew.

The Majority of muslims in Thailand live in the south, so there are plenty of Muslim restaurants in Nakhon. One of the very best is Thai O Cha located at Panead Rd. nearby Masjid Salahuddin (the Salahuddin Mosque). Khao Mok Kai, aka yellow rice with chicken, is the most famous dish of this decades-old restaurant. As far as Muslim Thai food goes, so far, we haven’t found any restaurant that can top this place.

Thai O Cha also serves other southern Muslim Thai dishes, such as oxtail soup, Tom Yum with seafood, and Southern Muslim Salad. We highly recommend you to try them all.

Nakhon is the largest province in the Southern region and locals continue to encourage and support community efforts to preserve — and enjoy — its priceless cultural heritage. We recommend that you spend 2-3 days in Nakhon city centre while exploring Thailand’s hidden cultural pearl. 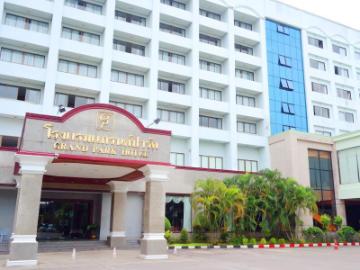 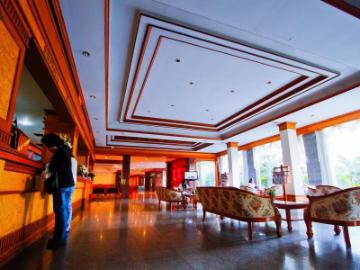 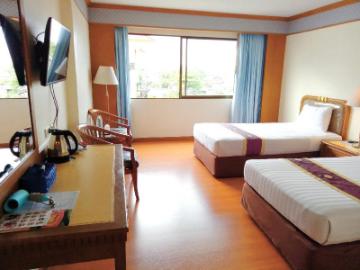