Australia, Here I am! : Long flights

Economy class’s food is usually subpar regardless of airlines. Stomach sensitive and food allergy often increase in severity when I am 3000 miles above the ground. My body clock is totally messed up with the sudden timezone shift. All together, I ended up with Occupied Toilet movement.

I was so exhausted when we finally landed at Sydney Kingsford Smith Airport. It’s widely know how strict Australian immigration is–an American family declared their chocolate bar before entering Australia. Dah!!! Nonetheless, I was surprised how difficult it can be to get an entry form in English. There are entry forms in many major languages all over the world, except English. We ended up using the form in Thai. I could not imagine that learning Thai language since the young age can be this useful.

We arrived Travelodge Hotel Sydney Airport, a hotel nearby Sydney Kingsford Smith, almost midnight. Knowing that the next day we have to fly to Ayer Rock in the morning, we hit the bed without no time. 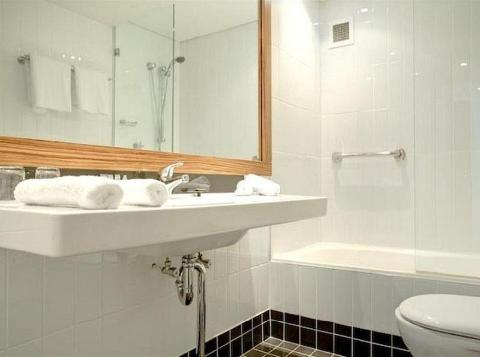